Ramón Ayala is a Mexican accordionist and songwriter. Ayala has defined much of modern norteño music with his distinctive accordion playing and lyrics. Though he added electric guitars and drums to his music, it retains a traditional northern ranchera style.

Ramón Ayala set out to prove that he could make it on his own and formed the band Ramón Ayala y sus Bravos Del Norte in late 1971. By early next year, Ramón Ayala had a new vocalist, Antonio Sauceda. Sauceda had a similar singing style and voice tone as Cornelio Reyna, which proved to be perfect for Ramón Ayala. This made a smooth transition for his playing style.

After cementing his name at the top of norteño music charts once again, Ramón Ayala suffered the loss of his lead singer. Sauceda had a renewed interest in Christianity and had decided to join a Christian seminary. The loss of Antonio Sauceda forced Ayala to find another lead singer. The next lead singer he found was Eliseo Robles. Robles was at the time playing in another band called Los Satellites de Fidencio Ayala, Ramón Ayala’s brother. Robles decided to join Ramón Ayala, and together they created a style that became a standard for norteño music. During the Eliseo Robles years, Ramón Ayala y sus Bravos Del Norte’s album sales reached peak high in Mexico and the United States.

Ramón has won many American and Latino Grammy’s along with record sales of approximately 750,000 units per year. Ramón Ayala is also known around the norteño bands as “El Rey del Acordeon” (The accordion king). 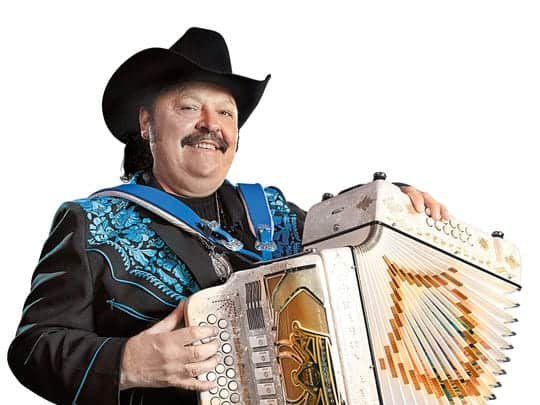